We have also designed a highly performant discharge valve which is mounted under a candle filter. It is an advanced, next generation, version of a normal flap that brings significant advantages in the cases when the opening of the filter must be kept completely free. This usually happens when a cake is extremely thick and consequently tends to clog the opening or when deposits of solids are very abrasive or flammable.

Our Discharge Valve is available in two versions, with the main difference being the opening mechanism: 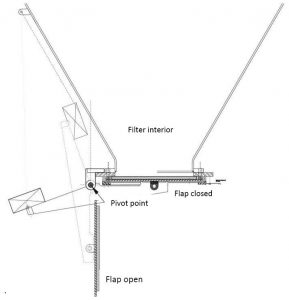 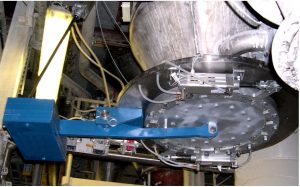 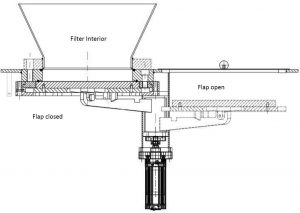 To close and open the flaps, our Discharge Valve uses a bayonet lock:

The opening and closing of the flap is fully automated and can be also manually controlled using central control unit.